When Chankaska first began distilling, we wanted to release a signature Whiskey alongside our Gin and Apple Eau de Vie. But, because of the length of time needed before our own Whiskey could be released, we sought the counsel of several industry insiders to see what other unusual offerings were on their radars. We sampled through dozens of whiskeys before we found this little gem. Ranch Road is considered a Light Whiskey because it has been aged in older, or neutral barrels, instead of brand new barrels.  The mash bill, or recipe, is 98% Corn and 2% Barley. Amazingly this Whiskey was in barrel for 9 years before we decided to bottle it!

Ranch Road Light Whiskey has an obvious note of sweet corn up front. Smooth notes of caramel and maple fill the mid palate. A seamless finish of ripe warm cashews and pine nuts round out this beautifully aged whiskey. Enjoy as is, or mix with a sweet soda, such as Coca Cola. 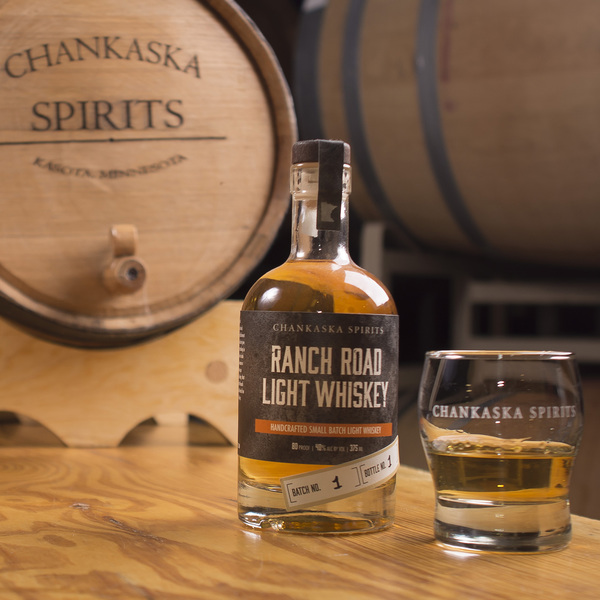